Eschenbach, Phil on the March 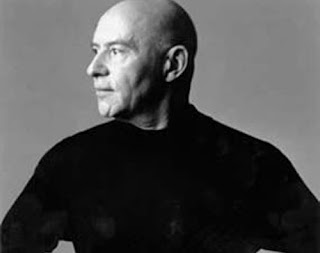 Maestro on a mission - Christoph Eschenbach

The Sixth Symphony of Mahler is a meandering march to nihilism; it's the most percussive of Mahler's nine-plus-one, the most straightforward, and the most suddenly hopeless. The Philadelphia Orchestra's Christoph Eschenbach--who with his bald head and trademark collarless jacket suggests Patrick Stewart on an interplanetary mission---is typically a favored visiting conductor for this orchestra. And he brought home a beautiful rendition of the Sixth Friday night, excepting the very bookends of it.

The performance got off to a sluggish start; the exposition repeat, sometimes omitted, was a blessing here, because it was better than the opening. One of those chronic Disney Hall door-slammings interrupted the first movement towards its end, and Eschenbach really threw himself at the orchestra immediately subsequently, as though urging them to compensate. The first performance at the WDCH is always the trickiest for all under any circumstances, but especially for the conductor, who must steel herself against the fact of sudden explosion-level sounds from the audience; sounds that are muffled elsewhere but amplified here.

For those who keep score at home, this was a very, very slow Sixth. By the end of the first movement, everything was in beyond-blissful order, even if it was, at 25:07, a minute longer than most known recorded versions. By the time of the third, the andante moderato was well beyond moderato, crawling along for nearly twenty full minutes. A half hour later (!) when the Symphony was done, with oboes letting the conductor down after an otherwise stunning hour of music, it was well beyond its usual 75 minute moorings, crawling up to a very full 87.

The marketing people had touted the use of a giant mallet and specially constructed sound box in the finale. A hammer is not as sculpturally unusual as the Hall itself, of course, and the fort-like box on stage barely registered; it did its job without adding either undue excitement or undue grief.

To my ear percussion and the upper woodwinds do best of all in the WDCH's peculiar sound, which seems to vary not just from section to section but from seat to seat, and this is a Symphony where both are invited to shine. They did, but...in the Friday performance, Eschenbach appeared to be asking more from everyone, but especially the violins, and perpetually through the performance. At the end of the concert, he gave a hug to concertmaster Martin Chalifour that seemed to say "Thank God we made it" more than "congratulations." There were few other singlings out, and one suspected that Maestro Eschenbach did not like everything that happened, though the audience did, and I did too, mostly.