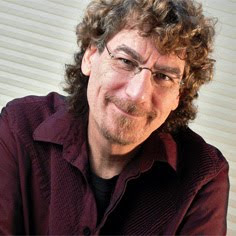 So into the coolly-new quiet brick cavern at First Presbyterian in Santa Monica last Sunday, for a quietly comprehensive program devoted to the baroque flute.

Last weekend's program by the city's leading baroque ensemble Musica Angelica featured Stephen Schultz, soft-spoken flautist and baroque specialist who belongs to a couple of baroque orchestras as well as the present one.

As programs go, this one was encyclopedic, aspiring to feature the flute throughout the baroque's long history. The top moments of the gentle program came towards the end, when Schultz led the afternoon's ensemble in Telemann's Paris Quartet #3 in G.

Schultz, his locks nearly as shaggy as Telemann's at this point, took most pieces at a very deliberate tempo as they might have been played in the Baroque era, not at the rush some recordings bring to these works.

But while Shultz set the pace for Sunday leisure, Joanna Blendulf, a member of Musica Angelica who also sits as principal cellist for the Portland Baroque orchestra, fairly stole the afternoon with her spot-on timing and mesmerizing bowing of the viola da gamba, a baroque-era instrument resembling a small cello. Harpsichordist Katherine Shao's followed Blendulf's lines note for note in basso continuo in most places, improvising with the top hand in others, but it was Blendulf, taking timing cues mostly from Schultz, who kept the ensemble together with pleasant grace through the whole afternoon. Violinist Janet Strauss received warm applause especially for a Hotteterre piece, Suite #3 in G Major. The viola Suzanna Giordana Gignac also found favor in the audience.

Schultz had assembled the program to honor the history of his instrument through the baroque, and the history is as enormous as the musical era itself. Included on the program with the Telemann and the Hotterre were works by Bach, Couperin, Handel, and J.J. Quantz.

The programming of Musica Angelica often aspires to do very much---too much on some occasions, and the audience was fairly sated by the end of this one. But the Telemann at the end of the program ensured that the Sunday afternoon audience left First Presbyterian with no regrets.
Joseph F. Mailander