At 8 PM on Friday night, May 10, lovers of choral music will have a one-off chance to hear Sergei Rachmaninoff’s All-Night Vigil (sometimes referred to as Vespers), Opus 37 performed in the original language and sung by the same choral forces for which he wrote the work in 1915.

The original language is Russian … but not everyday Russian. The language employed by the Muscovite royal chapel was a liturgical dialect, and the original choral forces were comprised of boys and men. Never before has this original version been heard in Southern California … ever. 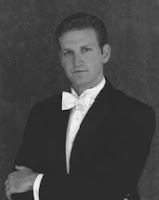 Founder and Music Director Kevin Fox and his 56-voiced Pacific Boychoir will be augmented by 25 men’s voices drawn from the Los Angeles area, including members of the Los Angeles Master Chorale and other ensembles. The featured soloist will be Daniel Babcock, tenor.

First Congregational Church of Los Angeles is located at 540 South Commonwealth Avenue in the mid-Wilshire area. Tickets are $18 - $28. 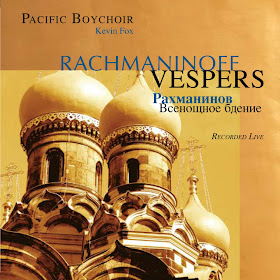