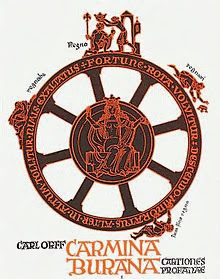 There is no subtle way to unleash or finish Carl Orff’s popular Carmina burana in performance. From the very downbeat of O Fortuna (Wheel of Fortune), one gets a lap- and earful of youthful fun and games set to full chorus and orchestra by Carl Orff, the Bavarian composer better known in some quarters for his elementary music education system. In Carmina, Orff seeks to evoke basic emotional involvement through unapologetic, driving rhythms (early minimalism!) and exotic instrumentation and vocalisms.

Orff found the manuscripts in the Bavarian State Library in Munich, not (as noted elsewhere) in the Benedictine Abbey in Benediktbeuern, a quaintly beautiful bend in the Bavarian road from Munich to Northern Italy via Austria, despite the town’s name in the title. How the Latin and Middle High German texts arrived in Benediktbeuern from their likely beginnings in Kloster Neustift in Brixen, a German-speaking village of Northern Italy, is unknown.

In any case, it is thought that goliards, unemployed youth of the day, spread the genre throughout civilized Europe. As a generation, they were not unlike Occupy youth of today, openly criticizing both civil and clerical authority through satirical poetry and prose.

The 24 poems and narratives chosen by Orff from the original 254 is that of bawdy sex and backgammon, and in some cases probably not the actual stuff of monks’ life in 13th century Alpine Europe. In fact, it is thought by some that texts appearing to be “love songs” are really satirical tributes or spoofs of the dead, or even the Church itself.

Soloists in Carmina burana on this evening of glorious choral and orchestral music-making were Stacey Tappan, a soprano capable of singing the very wide ranging score; José Adán Pérez, a baritone who emoted appropriately (that is, the entire time, including stage entrances and exits) and displayed a ringing voice spoiled by too many out-of-tune entrances; and Timothy Gonzales, who portrayed the dying goose on the spit with equal portions of self parody and helpless falsetto. 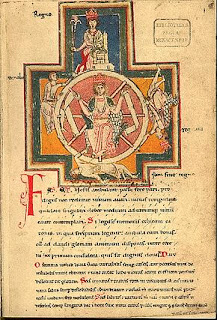 Although Orff’s manuscript stipulates a boys’ choir in two of the movements, the Los Angeles Children’s Chorus (Anne Tomlinson, director), were employed in that role. Interestingly, the composer stated to Gerhard Schmidt-Gaden, the director of the Tölzer Knabenchor prior to the premiere performance and recording, that it was his intention that the boys should sound like five- or six-year old “quackers” and not polished singers. In that regard, the LACC kids failed to quack, singing instead with their expected perfection of pitch, tone and absolutely unwiggly stage demeanor.

All of the above forces dedicated their infinite talents to Maestro Grant Gershon, whose attention to detail is phenomenal. Watching him work is a joy to behold. Nothing is missed, singers and players alike are never in doubt, and the result is as close to recording-session perfection as a live concert can possibly be. Finding new superlatives to describe Master Chorale performances is becoming ever more difficult! 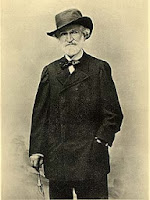 The opening opus, minus the children’s chorus, was Giuseppe Verdi’s Te Deum, the last of four parts to his tetralogy Quattro pezzi sacri, composed in 1895-96 and published in Verdi’s 85th year (1898), a major work for double chorus and large orchestra.

The Te Deum is not a long work, but packs a mighty wallop where required. The Chorale women were particularly stunning on their several a cappella entrances.

The only reminders that we were not actually sitting in a recording session all happened within the space of a minute, just before intermission: a flubbed trumpet attack on a particular note brought to the audience’s attention by Maestro Gershon, a peculiar wobbly solo soprano, perhaps made even wobblier by the trumpet’s goof, and when the moment that was no longer magical ended, a cell phone in the audience rang on and on until applause drowned its ugly intrusion.

The two works on the program shared a common “wall of sound” fortissimo+ opportunity that, with the Master Chorale sitting in the benches above the staged orchestra, brilliantly showed the true acoustic balance of Walt Disney Concert Hall. (When the musicians are all down on stage, there can be a “sizzle” effect at least for those patrons sitting in the third balcony.) What we heard last night was astonishing clarity. The Master Chorale has, in recent years, been especially noted for clear textual enunciation, and last night, acoustic translucence was especially brilliant.

Finally, the usually brilliant program notes of Thomas May were sullied by discredited references to Nazism in which Orff was never a participant. No proof exists that he was interested in National Socialism in the slightest; if the Nazis loved his music, that is irrelevant. One would hope that such a canard and libelous reference would once and for all be omitted whenever Carmina burana is performed in the future.