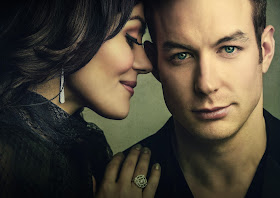 The “red hot” Ailyn Pérez-Stephen Costello duo, having been likened to rock star couples, rarely perform together, each having his or her own separate career in opera houses worldwide. That makes their first appearance here since 2011, in recital to inaugurate the “New” San Diego Opera at the Balboa Theatre, a rare thrill.

Both singers have won the prestigious Richard Tucker Award (2009 for Costello and 2012 for Pérez), and their joint performance at the Tucker Gala in 2012 was broadcast nationwide. They each enjoy international careers in multiple roles at renowned opera houses in San Francisco, Munich, Vienna, London, La Scala, Salzburg, Los Angeles, Philadelphia and New York. At SDO, The real-life married couple debuted together in the 2010 production of Romeo and Juliet, and returned in Faust in 2011. Costello then revisited during that season in Der Rosenkavalier and again in 2013’s Daughter of the Regiment. Pérez is slated to star in the much-anticipated Jake Heggie opera that will premiere in 2016.

The duo’s performance here on Sept. 5, which kicked off their fall US recital tour to Washington, D.C., Dallas and Philadelphia, included highlights from their recently completed Love Duets CD. It also marked the first time SDO has presented a performance event at the Balboa Theatre.

From their first meeting at Philadelphia Academy of Vocal Arts to their many stage appearances in the ensuing years, Pérez and Costello have been recapturing their love in the most beloved romantic opera repertoire. Both voices are, in a word, gorgeous, and together and separately filled every inch of the hall. Add to this the singers’ versatility, dramatic and comic flair, and clear affection for opera and for each other, and the result was a breathtaking performance from start to finish.

Given the couple’s extensive background in musical theatre, it was not surprising that they included beloved popular Broadway show hits in the program, which ended with the goose bump-producing “One Hand, One Heart” and “Tonight” from Leonard Bernstein’s West Side Story and an exquisite rendering of “If I Loved You” from Rodgers and Hammerstein’s Carousel as an encore.

The singers’ operatic fare encompassed both standard and unusual repertoire, much of which is found on their recently released album. In a vocally stunning rendering of the impassioned duet from Verdi’s La Traviata, the heat sizzled between them at every touch and gaze. The delightful “Cherry Duet” from Mascagni’s charming but rarely heard L’Amico Fritz provided both singers an opportunity to make the most of their vocal beauty as well as their scintillating dramatic give and take. Their comic jousting, with suggestions of improvisation, in the popular Caro Elisir duet from Donizetti’s L’Elisir d’Amore was hilarious, and the epitome of entertainment for the delighted audience.

Each artist also performed art songs and arias from great moments in operatic literature. Pérez sparkled in Je Suis Encore from Massenet’s Manon, charmingly portraying the coquettishness of the young heroine. In songs by Reynaldo Hahn, her shimmering voice and subtlety of tone kept the audience mesmerized. The highlight of her solo excerpts came with a panoply of de Falla songs, which ranged from glittering to smoky, spirited to introspective. Here she utilized the full spectrum of her dramatic talents, displaying vivacious Spanish temperament with every turn of phrase. 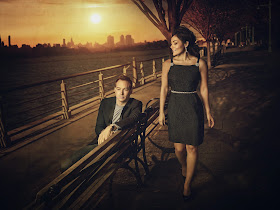 Costello’s vocal gifts were evident in each of his solo pieces. He expertly handled the complexities of Jake Heggie and Gene Scheer’s brilliant, witty “Songs in Homage to Poulenc.” The range of emotion and high tessitura of Paolo Tosti’s three songs, which could defeat the most resolute tenor, proved to be no contest for Costello’s crystal clear, powerful tones. And Salut, Demeure from Gounod’s Faust, perhaps the most demanding tenor aria in all of French opera with its fiendish, almost sadistic high “C,” came off without a hitch.

Pianist Danielle Orlando’s impressive resume includes coaching at major musical institutions in the US and abroad, accompanying many of the world’s best-loved opera stars, and contributing her expertise to young artist programs. She has been featured on some of the most prominent TV shows in the US. Her experience was evident in her sensitive, solid accompaniment in this performance, displaying her remarkable technique without undermining the captivating performances of the soloists. She was the next best thing to an orchestra, in fact, providing much more than support to her singers. Her roulades in the difficult de Falla songs leapt off the keyboard; she evoked the sublime violin solo in the Gounod as effectively as any pianist could do; and she knew exactly which voices to emphasize in the Bernstein excerpts.

It is easy to see why Pérez and Costello are equally at home as the ill fated couple in a full production of La Traviata or singing love duets on a recital stage. Their chemistry is palpable, their commitment to their art is inspiring, and the sheer intensity of their vocal virtuosity is mind-blowing. Having professed their admiration for the determination and grit shown in SDO’s journey from near-closing to resurrection and a brand-new 50th anniversary season, their willingness to add their outstanding talent and shining presence to celebrate SDO’s entry into a new chapter with this remarkable event bodes well for the company’s future.

The rescue of SDO has inspired awe and admiration from opera aficionados nationwide. Opera America president Mark Scorca has praised the company’s example of cutting costs, simplifying operations and leadership in bringing the company into the twenty-first century. As SDO Director of Education Nic Reveles and board president Carol Lazier pointed out in their brief speech to open the proceedings, other companies have tried and failed to accomplish what SDO has done with such passion and commitment in a few short months.

This stunning performance in the company’s season-opening recital, in a more intimate and manageable venue than the Civic Theatre, shows great promise for the remainder of the season, and hopefully for the seasons to come. The audience left the theatre with strains of “If I Loved You” still hovering in the air. Clearly there is no “if” in the love that the city San Diego feels for our Opera.

Subscriptions and single tickets for the rest of the 2014-15 SDO season performances can be purchased by calling (619) 533-7000 or online at www.sdopera.com.