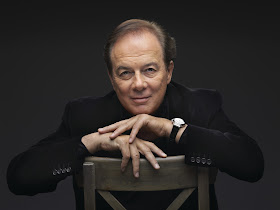 To witness the American debut concert of a renowned, distinguished, much beloved opera star is truly a unique opportunity. That this established world-class musical celebrity has long been one of San Diego Opera’s most cherished stage luminaries makes the event even sweeter.

On Mar. 5, Ferruccio Furlanetto celebrated the 31st anniversary of the singer’s debut with SDO by presenting a concert featuring excerpts from some of the singer’s most favored arias. Making his debut on the podium, young maestro Emanuele Andrizzi conducted the full forces of the San Diego Symphony.

Consistently praised by critics, Furlanetto carried the heavy, difficult program with unflagging confidence, astonishing consistency in his range from highest to lowest notes, and a stage presence that remains as imposing as ever.

The packed audience at the Jacobs Music Center at Copley Symphony Hall confirmed Furlanetto’s local fandom with their unqualified enthusiastic response, both to his appearance and to his passionate renderings of his chosen repertoire: a veritable feast of operatic favorites, coupled with a few unexpected treats.

Furlanetto opened with two crowd pleasers, starting with Don Basilio’s delightful La Calunnia from Rossini’s Il Barbiere di Siviglia. In this aria, Furlanetto exhibited the deft humor that has become characteristic of his renderings in comic roles. He had no qualms about exaggerating the character’s buffo qualities, while still maintaining the musical deftness that the composer had in mind.

On a comedic roll, he launched into Leporello’s familiar “Catalogue” aria from Mozart’s Don Giovanni. Furlanetto tossed off the aria with ease, demonstrating the vocal impressiveness of his early years. As in the Rossini, he played up the humor with unabashed delight, as the audience reacted in kind. In another Don Giovanni favorite, Finch’ han dal vino, Furlanetto showed his versatility in switching from comic to bold and daring. Massenet’s Don Quichotte (http://www.laopus.com/2014/03/ferruccio-furlanetto-filtering-emotion.html), and Mussorsgky’s Boris Godunov (http://www.laopus.com/2014/03/furlanetto-russian-soul.html) are two of Furlanetto’s most memorable roles, and his rendering of both of these massive death scenes has become iconic. His mastery and longtime experience were in full evidence in his carefully crafted performances: both were poignant and moving, yet bold and powerful. Furlanetto’s Quichotte died with dignity; his Boris with stubborn passion. Performing both of their deaths in one program amounted to a feat of astonishing scope and accomplishment. 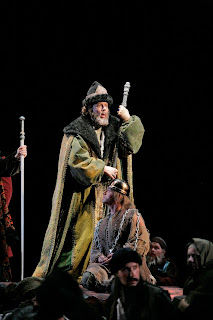 In a different vein, Furlanetto channeled Ezio Pinza with three Broadway musical excerpts: “Ol’ Man River” from Kern and Hammerstein’s Showboat, and “Some Enchanted Evening” and “This Nearly was Mine” from Rodgers and Hammerstein’s South Pacific. Most striking was Furlanetto’s interpretation of “Ol’ Man River,” which came straight from the heart. His low notes were astonishing, and his “American” English was impeccable.

A surprise pleasure was the aria “I am He Whom You Called” from Anton Rubinstein’s rarely performed The Demon. A more recognizable pleasure was the Méphistophélès aria Vous qui faites l’endormie from Gounod’s Faust. Both were performed with gusto and assuredness.

Without question the evening’s most anticipated work was King Phillip’s aria, Ella giammai m’amò, from Verdi’s Don Carlo. Furlanetto has expressed his reverence for the role, and especially for this exquisite piece, and his facial expressions and affecting rendering demonstrated the depth of that veneration. Each wrenching note, each subtly nuanced phrase, built unwaveringly toward the heartbreaking conclusion. The audience was mesmerized by the sheer beauty and power of Furlanetto’s performance.

Though he didn’t always follow Furlanetto precisely, the youthful Andrizzi showed keen understanding of the Italian operatic style. The overture from Verdi’s Nabucco, which opened the concert, was impressive in its rhythmic intensity, and the Intermezzo from Puccini’s was lovingly phrased. One would have liked to hear more Verdi, and Furlanetto delivered on this desire with his encore, Mentre Gonfiarsi l'anima...Oltre quel limite from Verdi’s Attila. Notwithstanding the relative infrequency with which the opera is performed, Furlanetto performed the piece as if Verdi himself had coached him: with great aplomb, virtuosity and keen understanding of the style.

It was a fitting close to a thoroughly engaging performance by a venerated international opera icon, who, to our delight, chose San Diego as the setting for his American concert debut. 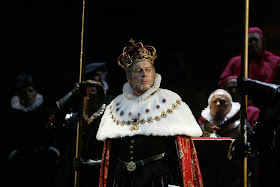 
Erica Miner can be reached at: [email protected]