Inextinguishable Masterpieces at the Pacific Symphony 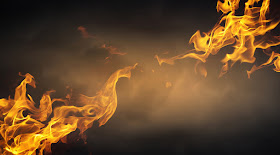 
Overture/concerto/symphony: the time-honored concert formula, and why not, so long as the actual selection isn’t chosen simply as an audience-safe and hackneyed set? For its second program in the Pacific Symphony’s celebratory 40th anniversary season, the young Norwegian Rune Bergmann as guest conductor opted for that classic line-up, with an overture and a concerto that might reasonably be called audience-safe but adding a relatively unfamiliar symphony that, for this listener at least, was one of the anticipated highlights of the whole season.

Maestro Bergmann’s opener was very familiar, Mozart’s overture to Don Giovanni K. 527, somewhat underplaying, to my ears, the initial dramatic D minor plunge of the opening, and then proceeding to a very crisply articulated account of the D major Allegro that forms the overture’s main body. Overall, it seemed to me efficient and well-played, but rather glib in effect.

As part of a spoken introduction to the program, Bergmann noted that in the overture he had the strings play with minimal vibrato, embracing one aspect of historically informed performance (HIP) practice. Why then, I wondered, did he not also divide his first and second violins left and right—as almost always happens with “period” performances—so as to make the most of the antiphonal effects between the two groups that Mozart builds into his score?

He did, however, reduce the string forces from the PSO’s full strength by a couple of desks in each section, as is commonly done nowadays in performances of orchestral works from the Classical period, whether on period or modern instruments. What was not usual was that he left this smaller number of strings unchanged for the concerto filler in the time-honored sandwich, and one that is often treated as a full-bore romantic blockbuster, Tchaikovsky’s Violin Concerto in D major Op. 35. Philippe Quint was the soloist.

For some, the relative absence of heart-on-sleeve romantic rhetoric may have made this performance seem a bit low-calorie, but the gain was in delicacy and precision, from the properly piano and carefully judged Allegro moderato lead-off by first violins, into Mr. Quint’s assumption of the solo role, as sweet-toned and poetic as you could wish for, and carefully observant of the text and spirit of Tchaikovsky’s score throughout.

In his pre-concert interview by host Alan Chapman, he had emphasized the danger of learning this concerto from the performances of great past interpreters, in his case from those by Oistrakh and Heifetz; you had to find your own voice—and this Mr. Quint undoubtedly had.

The performance was as much the conductor’s success as the soloist’s, with Tchaikovsky’s many detailed adjustments to orchestral tempi meticulously observed—and to leave it at that would be unfair to the orchestra, both individually and collectively. For example, the principal flute’s solo reintroduction of the main theme immediately after the first movement cadenza was an object-lesson in accenting and phrasing, while the woodwind interplay around the solo line in the Canzonetta second movement would surely have made the composer beam with pleasure (indeed, the woodwind covered themselves with glory throughout).

As for the orchestral tutti, the reduced string forces enabled the Allegro vivacissimo at the start of the finale to be brilliantly alive and joyful rather than engender the sudden barnstorming effect it sometimes has, and the whole movement thereafter remained airborne (and I think without any of the cuts that are sometimes made). Unsurprisingly, the performance was received enthusiastically, and the audience was rewarded with an encore—Piazzolla’s Oblivion, in a super-cool arrangement for violin with orchestra.

It will be a long time, if ever, before a program that ends with a Nielsen symphony can be described as audience-safe and hackneyed and, sadly, on this occasion there were more empty seats than I’d previously seen for any concert on a PSO Thursday opening-night. Presumably the prospect of the Tchaikovsky concerto was insufficiently enticing to some of those for whom Nielsen remains an unknown quantity.

Outside of his native Denmark, as well as Germany and Sweden, Nielsen’s music has perhaps reached its greatest familiarity in Britain (despite some pioneering American recordings by Bernstein and others in the 1960s, and Herbert Blomstedt’s championship of Nielsen during his tenure as Music Director of the San Francisco Symphony from 1985-1995). Indeed as far back as 1952, the English composer and scholar Robert Simpson wrote the first non-Danish, book-length study of Nielsen’s music, Carl Nielsen, Symphonist.

In his definitive 1979 revision of the book, the rigorous and prescriptive Simpson included in his chapter on the Symphony No. 4 Op. 29 FS 76 Det Uudslukkelige (The Inextinguishable) more than a page detailing interpretative pitfalls, mostly concerning tempo relationships, in the work. As ever, I may have been to some extent seduced by the sheer power and beauty of the PSO's playing in the Segerstrom Hall’s glorious acoustic, but I noticed few such stumbles in what for me was a well-prepared and convincing interpretation by Maestro Bergmann and the orchestra of Nielsen’s most frequently (or least infrequently) performed symphony.

True, the initial appearance early in the first movement of what, by the end of the symphony, becomes a mightily triumphant “motto-theme” was played at an expansive tempo that Simpson might have deemed “sentimentally dragged”, but how tender and immaculately in unison were the two clarinets, descending in stately 3rds, to which Nielsen first entrusts this marvelous melody, fixing it firmly in listeners’ minds as profoundly significant in the progress of the work to come. Most importantly, the performance as a whole captured the symphony’s sense of limitless power and dynamic conflict, evoking, as Nielsen stated, “the most primal sources of life and the wellspring of the life-feeling.”

Bergmann’s elasticity of tempi, in tandem with the precision of the playing and the clarity of the sound, exposed detail after arresting detail of Nielsen’s wonderfully imaginative scoring: from the abrupt angry buzz of the violas towards the end of the first of the four linked movements; to the lugubrious half-smile, half-shrug of the clarinets and bassoons as they introduce the main theme of the gentle Poco allegretto second movement; to the sudden intensity of the sforzando on unison violins (now at the PSO’s full strength) as they heralded the return of conflict at the beginning of the third movement; and—in the most celebrated orchestral feature of the work—the antiphonal onslaught of Nielsen’s two pairs of timpani about one-third the way into the headlong Allegro finale.

The final statement of the “motto-theme”, cascading magnificently across and through the whole orchestra with the inexorability of a melting glacier, felt wholly earned through the many-faceted, sometimes perilous, but always sure-footed existential journey that had been traversed in this account of The Inextinguishable. To judge by the standing ovation, Nielsen gained more than a few audience converts that evening, and I hope that Maestro Bergmann is invited back for a future season, ideally to give us the composer’s (arguably even greater) Fifth Symphony.