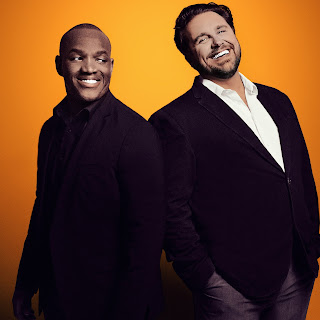 Celebrating Rossini is always a good idea. In their brand-new Erato CD, Amici e Rivali (“Friends and Rivals”), two of today’s shining stars in the tenor firmament, Michael Spyres and Lawrence Brownlee, exult in the bel canto master’s works. From the familiar comedy Il Barbiere di Siviglia to more serious offerings from the lesser known Otello, Armida, La donna del Lago, Elisabetta, Regina d'Inghilterra, Le Siège de Corinthe, and the rarely performed Ricciardo e Zoraide, the two tenors take on the roles of sparring tenors who clearly get along musically and, by all accounts, personally as well.
In the recording, produced at Teatro Ristori in Verona, Brownlee and Spyres obtain assistance from two outstanding young singers, Irish mezzo-soprano Tara Erraught and Spanish tenor Xabier Anduaga. Corrado Rovaris, Principal Conductor of I Virtuosi Italiani and a veteran of the Rossini Opera Festival in the composer’s birthplace of Pesaro, conducts the works on the program with great sensitivity, each one of which originated at the San Carlo opera house in Naples. The sequence of numbers on the program was created to suggest a sequential evolution depicting Rossini’s musical development. 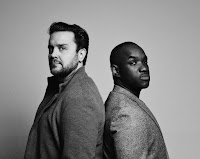 Despite the contentious aspect of the CD’s title, the two artists have great admiration for each other’s abilities. They decided to collaborate after their first such effort at the Concertgebouw in 2018, to call attention to “this special time in the history of opera when two tenors would duel on stage for the hearts of the music-goers,” according to Spyres.
“Our voices complement each other because they have similar qualities to the voices that Rossini wrote for,” says Brownlee. Adds Spyres, “The duets that Rossini wrote for very different tenors precisely highlight our vocal strengths.”
That each of these singers motivates the other to aspire to the greatest possible vocal heights is evident in every one of the challenging excerpts, starting with the duet “All’ idea di quel metallo” from Act I of Barbiere. Within the first few measures, one hears a lushness of voice and tasteful, well-integrated ornamentation that would have brought smiles of approval from the composer. The baritenore aspect of Figaro’s share of the piece fits perfectly in Spyres’s full, supple voice (he actually started out as a baritone), and Brownlee’s leggiero tenor, a seamless combination of lyricism and brightness, is ideal for Almaviva’s part. His voice has not a speck of anything but perfection in its tone production and virtuosity. 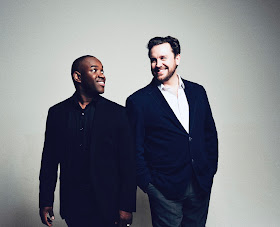 In the first number from Ricciardo e Zoraide, “S’ Ella mi è ognor fedele”, Brownlee displays his legendary legato from the very beginning; always a pleasure to listen to. A seemingly effortless High “C” anticipates the spectacular melismas in the cabaletta, creating an altogether satisfying experience. Everyone loves a Spanish tenor, and Anduaga shows that he can produce impressively in sound and technique, holding his own in the punishing but impressive “Qual sara mai la gioia”, while Spyres and Brownlee meld their sounds and techniques handsomely in “Donala a questo core” and anticipate the excitement of the much later William Tell in the heroic “Teco or Sara.”
Erraught’s splendid voice joins those of both tenors for “Nume! Se a’mei sospiri” and “Qual pena in me già” from La donna del lago. Their voices all are well suited to each other’s and blend consistently and equally. In this number the “Rivali” competitiveness between the two tenors—in full display, one high note after another—takes the breath away. 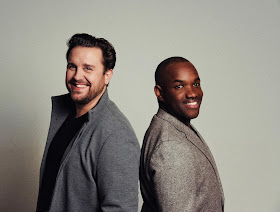 The melodious Elisabetta, Regina d’Inghilterra, perhaps the most Mozartean of the operas represented here, merits more frequent listening, and not only for the lively “Deh! Scusa i trasporti”. This duet, an equal opportunity piece for both tenors, shows that two voices singing in thirds can sound as one, in the best sense of the phrase.
The same holds true for “Non m'inganno: al mio rivale… Ah! vieni” from Otello. Here, Spyres and Anduaga conspire vengeance with rapid-fire coloratura and bravura and a furor that is positively Verdian, ending on an earth-shattering unison. “Che fiero punto è questo” again adds Erraught’s lovely vocal qualities to the mix, confirming the reasons for Rossini’s love for the coloratura mezzo-soprano fach which, after all, he invented. 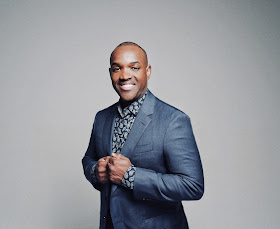 Brownlee demonstrates that his awe-inspiring voice fits perfectly with the French language in “Grand Dieu, faut-il qu'un peuple” from Le Siège de Corinthe. Many singers have opined that French is the most difficult language to sing, but Brownlee’s performance here belies that view. The delicacy with which he negotiates the difficult high passages is astounding. “Cher Cléomène” commingles his voice with Erraught’s in a poignant duet that goes straight to the heart. 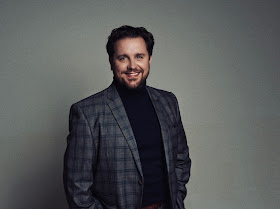 One can hardly imagine a more fitting finale for this spectacular display of vocal beauty and technique than Armida’s “In quale aspetto imbelle”. Spyres proves he can negotiate the entire range, from the extreme heights to the most profound low notes. Brownlee adds his crystal-clear tones to those of Spyres in a photo finish: a fit of vocal splendor and glory worthy of delight from any Rossini aficionado. In a word, breathtaking. If, as Spyres says of Rossini, “much of his writing for tenor set the boundaries for what the male voice could achieve,” then this sensational album is living proof.

David Gately: Directing Opera in the Time of Covid