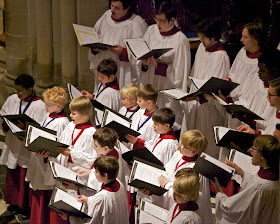 One of the few downsides of living in Los Angeles is the fact that most musical ensembles from the United Kingdom and Continental Europe hesitate at touring all the way to the West Coast due to the distance factor vis-à-vis income potential. We have learned to cherish those groups of artists who do make that leap. The Friends of Great Music at St. James Church have served as host to many important music organizations, relatively few with the 700 year old history of Oxford’s Choir of Christ Church Cathedral.

Performing a richly traditional repertoire of Anglican and Catholic church music, the 18 boys and 13 men easily met the high bar of the finest such choirs anywhere. Their voices were bright, enunciation of texts clear.

The centerpiece of the concert was Ralph Vaughan Williams’ major a cappella double-chorus work, Mass in G Minor, the Kyrie and Gloria of which established to the audience the level of excellent singing to be expected throughout. Soloists were employed where indicated in the score, and with the possible exception of one lad whose treble days appear possibly to be numbered, all sang with assurance and top musical values, surely the very sound the composer intended.

“In ieunion et fletu” (Lamenting and Weeping) drawn from Joel 2:17 by Thomas Tallis interrupted the Mass with colorful 16th century word painting. The Mass continued with the Sanctus and Benedictus of Vaughan Williams, and it was in the Sanctus that arguably the most delicately beautiful and memorable singing of the trebles was to be heard. The music itself does not make the task easy, as entrances in the opening statement are top-down, and phrase attacks are brutally exposed; yet the boys got the job done with beauty of tone and accuracy of pitch throughout.

Alexander Pott is the Organ Scholar traveling with the choir, and while the men and boys had a chance to sit and rest, Mr. Pott performed Johann Sebastian Bach’s Prelude in B Minor (BWV 544) with brilliant articulation.

“O sacrum convivium” (O holy banquet) in a setting by Tallis is an antiphon honoring the Blessed Sacrament. This was beautifully tended to, with special care taken by the highly esteemed Director Dr. Stephen Darlington, with careful phrase shaping, and attacks and releases that make Anglican choirs especially notable.

Vaughan Williams’ Agnus Dei from the G Minor Mass brought the first half to a most effective close.

Highlights were difficult to identify out of the overall excellence, but Henry Purcell’s “O God, thou art my God” was particularly special. Perhaps the choir was rejuvenated during the Interval, or perhaps there is an inherent common appreciation of that composer’s work, but the singing here was luminous.

Two Choruses from the Foundling Hospital Anthem by George Frideric Handel, “Comfort Them, O Lord” and “Hallelujah Chorus” followed, with audience remaining seated, as the Georgian gesture of standing was not required.

Clive Driskill-Smith, the Choir’s Organist, then performed the Final of Louis Vierne’s Symphony No. 3 in F Sharp Minor with distinguished skill, earning sustained applause from both audience and choristers.

Four items remained for the choir: “My soul, there is a country” by Charles Hubert Hastings Parry, which blessed the assemblage with a beautiful dose of 19th century romanticism; “Where does the uttered music go?” by William Turner Walton, which added a dollop of middle 20th century harmonies cum dissonance; and two Spirituals cleverly arranged by Michael Kemp Tippett, “Steal away” and “Deep river,” after which the audience arose as one with shouts of “Bravo!” to be heard. Despite the generous amount of singing already performed, two encores were proffered by the choir: “Somewhere over the rainbow” and “Our love is here to stay” which were chock full of multitiered harmonies.

One of the gentlemen, Edward Kay, is keeping public track of things through his Tour Blog, which may be found and followed at:
http://www.chchchoir.org/category/tour-blog/usa-canada-2014/

Another chorister, Thomas Chapman, wrote the following on the Tour Blog:  “Something that is a shame about performing choral music in England is that high standards can become taken for granted.” But highly treasured elsewhere, Thomas! He continued, “I can only hope that the good times continue. I mean, what could possibly go wrong? We’re living the American dream, right?!”

The choir’s next performance will take place tomorrow night on the Queen Mary in Long Beach, leaving four more concerts, two in North Carolina, and two in Toronto, Canada, before a return to what is described as a very soggy Oxford. 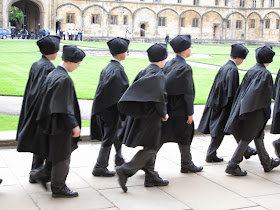