There is grand opera and then there is great opera. Lucia di Lammermoor at Los Angeles Opera is both. Nearly two centuries after its premiere in 1835, its grisly flights of vocal frights can still give us the shivers. Which is just what it's doing at the Dorothy Chandler Pavilion in an expressionistic new staging, featuring a top-notch cast and a precision-led, well-projected orchestra. Once again, Lucia di Lammermoor is reveals itself a supreme masterpiece of early Romantic opera.

At the time of its origins, Rossini had retired and Bellini was in his grave. As the reigning Italian opera composer, Donizetti must have felt a sense of liberation to reach for new heights in this work. Lucia's famous mad scene, for instance, sets the template for Giuseppe Verdi's similar one for Lady Macbeth a dozen years later.

Opera’s progressive camps often dismiss the “bel canto” style for tendencies to hoary dramatics and musical clichés, and, with a story based on one of Sir Walter Scott’s most gruesomely dark thrillers, Lucia, is certainly of this milieu. It mixes more plot devices -- blood feuds, forbidden love, forced marriage, spousal abuse, hallucination and insanity -- than any season of Mad Men. 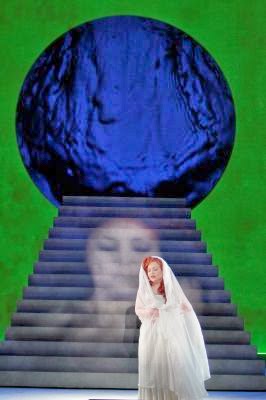 Yet Lucia is also a compelling portrait of a fragile mind in extremis. Donizetti ingeniously shaped his melodies for dramatic and psychological effect, providing spectacular ensembles (the sextet is one of the greatest in all opera) and glinting orchestral colors, and introducing one of the lyric stage's stranger musical instruments. Mopping up the blood and gore in less than three hours, the composer also kept one step ahead of the tedium associated with the soapier side of opera.

Bel canto means beautiful singing, and any performance of Lucia rises or falls primarily on that standard. Since the revival of this most famous of bel canto operas in the era of great post-war coloraturas -- Maria Callas, Joan Sutherland, and Beverly Sills -- Lucia has been the favored testing ground for its new divas.

In the title role here was Russian coloratura soprano Albina Shagimuratova, who debuted an impressive Queen of the Night in LA Opera’s Magic Flute five years ago. Since then, her voice, while maintaining its brilliance and flexibility, has taken on even greater richness, as has her ability to handle this role’s dramatic journey from love’s raptures to its twisted madness. Her blood-drenched dagger scene, accompanied in the orchestra by the spooky sounds of a glass harmonica, the instrument introduced to opera by the composer, surpassed even the audience's high expectations. Shagimuratova’s intensity and emotional commitment was palpable, inspiring her colleagues to greater heights in their own performances. 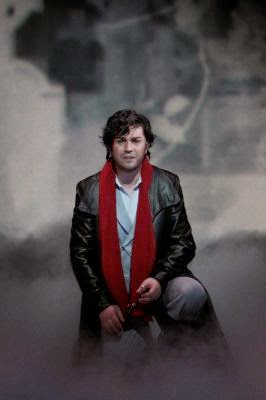 Elkhanah Pulitzer, debuting as director, proved less is more by placing the action in expressionistic abstractions stripped of pictorialism, with her protagonists strategically set in power relationships. Lucia is literally “cornered” by her brother Enrico with no escape. Something of Robert Wilson’s influence is felt in the stylized hand gestures of the supernumeraries. Wendall K. Harrington’s projections and Carolina Angulo’s scenic designs clean out the inherited gothic cobwebs of operatic yesteryears. Minimalist sets and single-toned lighting projections provide clean backdrops for the unfolding drama. Broad fields of color set each scene’s emotional climate, with occasional images suggesting forest or interiors of the Ravenswood Castle. Lucia’s unbalanced mental state is established in the eerily floating image of a murdered woman she sees (a circular wall projection suggests the well she peers into). Colors intensify as Edgardo departs and Enrico’s machinations unhinge Lucia’s link to reality. 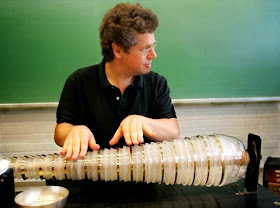 James Conlon’s orchestra has never sounded so well projected (as heard from a seat in row M of the orchestra level), nor as cleanly executed by all concerned. Donizetti’s woodwinds and the glass harmonica (performed by Thomas Bloch) were perfectly gauged as Lucia’s rattled interior mind chambers.


I came away from the evening with the same quizzical grin Warner Brothers must have felt when they took home the best picture Oscar for 1942’s Casablanca, the B-movie that triumphed over seemingly more substantial fare like For Whom the Bell Tolls and Madame Curie. It was not hard to figure out why. Like Casablanca, Lucia di Lammermoor surpasses its genre and this production overcomes, with ingenious solutions, the ever present (and especially today the acute) challenges of giving new life to old conventions, maintaining high standards of performance, dealing with budget constraints and satisfying often fickle public tastes.

That's why we call it great opera.