Derrick Spiva Gets 2-For-1 Premiere: In Concert, On CD 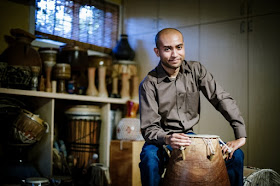 LOS ANGELES – Record high temperatures ushered in the Los Angeles Chamber Orchestra’s new season at UCLA’s Royce Hall, a serendipitous synching with the evocative climate zones of Prisms, Cycles, Leaps by composer Derrick Spiva, in a world premiere opener performance on Sept. 20. The event coincided exactly with the digital release of the same work, on the Orenda label, by a group called Bridge To Everywhere.
The L.A.–based Spiva, who trained at UCLA and Cal Arts, is enjoying a weeklong residency with LACO through New Music USA’s “Music Alive” grant program. His Prisms, Cycles, Leaps embraces the modernist techniques of his teachers (a who’s who of local talent), but its character is derived from Spiva’s incorporation of diverse elements of folk music traditions from West Africa, India, Persia, and the Balkans. 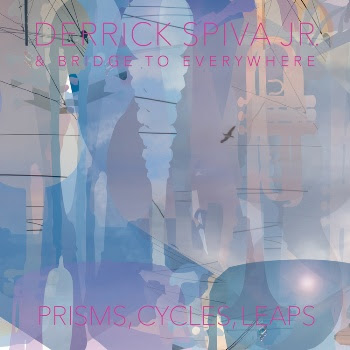 The 14-minute work left a beguiling impression of exotic colors and rhythms that included hand clapping in the percussion section and, across the stage, from two violinists. A throbbing pulse, de rigueur these days, fused together the bevy of irregular meters and the sometimes over-spiced aural mélange. After the boisterous first section, suggesting an African take on Copland’s El Salon México, the mood slackened in the second, with LACO’s sinewy double reeds evoking a kind of Hindustani hypnosis. The final section briefly refreshed the intensity before introducing a chorale-like tune that concluded with a walk down a major scale and a brass riff that evaporated with an eerily ascending whisper of the strings.
The essence of eclectic, Spiva’s Prisms, Cycles, Leaps seemed not so much a stand-alone piece as an atmospheric mood-setter for more to come. In fact it serves that purpose (listen at above right) in the album of works by Spiva that Orenda has just released.
For more of this review on Classical Voice North America, see here.