Stellar Music-Making on Mount Wilson, Above the Mist


Now that the Mount Wilson Observatory Sunday afternoon concerts are into their third season, you would think that familiarity might make the experience start to lose its sense of specialness, but not a bit of it. On this occasion, the second in the series, due warning had been given that cloud on the mountaintop could make it chilly enough inside the 100-inch telescope dome to warrant bringing extra layers, but in fact the mist simply gave extra visual magic to the long, twisting drive up, with snatched glances sideways at its great wispy poolings in the clefts between the mountains.

So on arrival the sun was out, and once inside the dome, after the three long flights of stairs to the observation floor, there again was the still-thrilling theater of the aperture rumbling open high overhead to let the daylight flood in, and then the whole structure rotating—so smoothly that it’s impossible not to succumb to the illusion that the telescope in the middle is moving and not yourself on the perimeter—to shift the direct sun out of the eyes of audience and performers.

And then the sound. Could any instrument be ill-served in this wondrous resonance? Certainly not the oboe, at least in the hands of Leslie Reed, currently principal with the LA Master Chorale Sinfonia and LA Opera Orchestra, and former guest principal or soloist with just about any significant performing body in southern California that you’d care to name.

Taking its very soloistic role in Mozart’s Oboe Quartet in F major, K. 370/368b of 1781, her instrument piped, sang, and soared its way around the great steel structure in this first item, together with the violin of Roger Wilkie, the Long Beach Symphony’s Concertmaster, the viola of chamber music specialist Alma Lisa Fernandez, and the ‘cello of Cécilia Tsan, Section Principal with the LBSO and Artistic Director of these concert seasons.

The Oboe Quartet was a concise curtain-raiser, due mainly to the omission for timing reasons of the long exposition repeat in the first movement. Its notably brief development section also contributed to the compactness of the movement, which is followed by an Adagio as concise as it was eloquent in these players’ hands. Then the finale again left one wanting more, particularly with their gently affectionate pacing, perfectly Allegro (ma non troppo) as the score requests. The last reappearance of the indelibly memorable rondo theme on oboe and then violin almost teased “please not yet…” before the closing cadence.

The fast-approaching behemoth celebration in 2020 of Beethoven’s 250th birth anniversary will doubtless bring even more saturation coverage than usual of the familiar great works of his maturity… and attendant challenges for planners and performers to give fresh insights rather than just program them gratefully, or even cynically, as a guarantee of full houses. How refreshing it was, then, that Ms. Tsan’s program focused on one of the still relatively underplayed masterpieces from Beethoven’s earlier career in the mid-1790s, when he was still making his way towards prominence as performer and composer.

His first String Trio, Op. 3 in E-flat major, seems too similar in its overall layout to Mozart’s final completed work in the medium, the Divertimento in E-flat major K. 563, for this to be a coincidence, but his next, the Serenade in D major, Op. 8, which formed the centerpiece of this concert, is a far more freshly original piece. It opens not with a large-scale sonata movement like its predecessor, but with a short, jaunty march, and this is reprised as the conclusion some 25 minutes later. Given what intervenes, the overall effect is of the young maestro drawing curtains back to unveil the most varied display of his compositional range that he could muster at that time, and then at the last, closing them again.

Rhapsodic Adagio highlighting the violin? Check. Menuetto and Trio with some rather tricksy dotted rhythms and a cheeky pizzicato coda? Check. And to follow?—another Adagio, much graver this time but interspersed with brief staccato flurries of Scherzo, so that overall the movement forms an ABABA arch structure, itself the coping stone of the larger arch of the work’s seven-movement whole.

What does Beethoven present us with next?—again unexpectedly, a folk-dance, a Polacca that’s a rondo in all but name, which wittily seems to lose its way in a couple of whole-measure rests before a decisive conclusion. By now thoroughly unpredictable, Beethoven then treats his audience to a sedate Haydnesque andante, a theme on which he builds four expansive variations. The first, second, and last of these showcase respectively the violin, viola, and ‘cello, and were sumptuously realized and relished by Messrs. Wilkie, Fernandez and Tsan.

This movement is the expressive heart of the work, and after a final Allegro section that is really a fifth variation, Beethoven unerringly goes out on a high with the return of that march as a veritable “that’s all, folks!” conclusion. His titanic fulfillment, however familiar, of that crackling promise over the next three decades from 1796 to his death in 1827, fully justifies all the upcoming birth anniversary celebrations.

In 1905 the English industrialist, philanthropist and amateur musician Walter Willson Cobbett endowed a competition for the composition of “phantasies”, defined (by himself) as chamber works in a single large movement but comprising several contrasting sub-sections. The competition drew many entries, and was followed by a second competition and then numerous commissions that led to a distinctive corpus of works by many English composers in the first quarter of the 20th century.

Benjamin Britten—arguably even more of a youthful prodigy than Beethoven—can be regarded as a “late legatee” of Cobbett’s initiative, composing his Phantasy Quartet for Oboe and String Trio, Op. 2, in 1932 at the age of only 18. It conforms, deliberately or not, to Cobbett’s dicta regarding length and structure, and begins and ends like the Beethoven Serenade with a march.

Britten’s halting trudge, however—opening with isolated ‘cello notes a minor 3rd apart, perfectly spaced and ppp in Cécilia Tsan’s hands—is a world away from Beethoven’s forthrightness. It recalls, if anything, the start of Stravinsky’s The Soldier’s Tale, and the young Britten’s genius here is to seamlessly ally this dogged, brittle mood with a startlingly contrasted English sensibility as unmistakable as those of his many “phantasy”-composing predecessors, amongst whom Vaughan Williams and John Ireland were only the most celebrated.

The key to this “Englishness” is the sound of the oboe, whether aspiringly ascendant (not unlike an earlier lark) or plaintively keening as if for Housman’s “Land of Lost Content.” For this English music-loving Brit expat, these performers’ account of Britten’s Phantasy Quartet was as delightfully idiomatic as could have been desired, leading the Mount Wilson audience unerringly through its numerous changes of pace, mood, and texture. It may have been unfamiliar to many present, but they responded with a fervent and justified standing ovation.

Four concerts remain in the Mount Wilson series. First up is an enterprising program of world premieres by Danaë Vlasse, Todd Mason, Bruce Babcock, Mark McEncroe, and Anthony Constantino on 7 July, to be followed on August 4 by what many would regard as the greatest of all chamber works, Schubert’s sublime String Quintet in C major. September 1 sees a bill of original pieces and arrangements for two ‘cellos, and the season ends on October 6 with Mozart’s and Brahms’ Clarinet Quintets. More information and tickets can be found on the Mount Wilson website. 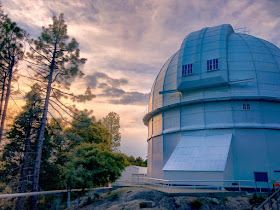