(Yet) Another Concert of Two Halves


Every once in a while Classical Crossroads Inc, the South Bay’s local chamber music powerhouse which presents concerts at First Lutheran Church, Torrance, reaches across the aisle to the equally musically enterprising Rolling Hills United Methodist Church to co-present two-part recitals by the same performers, separated not only by distance but by time.

Two members of the Lisbon-based DSCH-Shostakovich Ensemble, the Portuguese founder and pianist Filipe Pinto-Ribeiro and Canadian violinist Corey Cerovsek, gave the latest of these tandem events. The first half was entitled “Fratres” (Brothers), filling the June slot in Classical Crossroads’ “First Fridays at First!” lunchtime series, and the duo duly led off with the eponymous piece, a relatively early work in the output of Arvo Pärt (b. 1935).

Originally conceived in 1977 without specific instrumentation, Fratres has been reworked both by the composer and others for many different combinations. It seems most often to be played by strings and percussion, with or without solo violin, but in 1980 Pärt himself recast it for violin and piano. Fratres opens with an archaic-sounding theme that is repeated in varied forms eight times, each separated by percussive interjections.

While the full-strings versions give the theme a New-Agey halo, the solo violin delineates its advent with rapid arpeggios progressing from ppp to fff. To begin a recital “cold” with this must be no mean challenge for a player, but Mr. Cerovsek met it admirably. Rather than maintain a steady dynamic increase from beginning to end, his more “stepwise” approach took the level down slightly at each chord change, and then crescendoed a little further each time. Though not quite to the letter of the score, this helped to shape the theme.

The violin/piano version of Fratres was, in this performance, a more hard-edged and satisfying musical experience than other versions I’ve heard, with Mr. Cerovsek’s wide range of violin tone-production in the variations—sometimes without vibrato—and Senhor Pinto-Ribeiro’s resourceful assumption of the percussion role, adding to its substance. 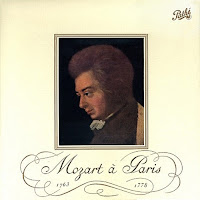 Next up was Mozart’s Violin Sonata No. 21 in E minor, K. 304, composed in Paris in 1778. The first of its two movements is dominated by a main theme that folds in on itself, the overall power and hermetic dourness only growing with the welcome observation of the exposition repeat. The second movement is a minuet, but maintains the dark E minor mood of the first, its kinship emphasized by a similar contour to the main theme. A cool, grey half-light at last breaks through with the piano introduction to the sublime Trio section, but the movement—and the sonata—ends with no real lift in the pervading sense of oppression, all strongly characterized by the fine performance.

So, it was a bit of a surprise to feel the need for a little light relief after Mozart of all composers! It arrived in the form of the miniature suite of four movements for violin and piano that Korngold drew from his incidental music to Much Ado About Nothing Op. 11, composed for a production in Vienna in 1920 (the complete incidental music has been recorded, for the first time ever, on Toccata Classics TOCC0160, by forces from the University of North Carolina School of the Arts under John Mauceri).

In the hands of Pinto-Ribeiro and Cerovsek, the first and third movements, “The Maiden in the Bridal Chamber” and “Scene in the Garden,” were contrasted visions of piquant, chromatic nostalgia and radiant eloquence, ranged on either side of the nicely strutting “Dogberry and Verges: March of the Watch.” The vigorous and genial “Masquerade: Hornpipe” rounded off the suite.

There was a brief and charming encore, the third movement, Mélodie, from Tchaikovsky’s Souvenir d'un lieu cher (Memory of a dear place) Op. 42 of 1878, and this formed a link to the second part of the recital two days later in RHUMC's "Second Sundays at Two" series, where the first item in this “Russian Soul” half was the far longer Méditation, the first movement of that same Op. 42. The work is very much a violin showpiece, and Mr. Cerovsek vividly characterized the repeated alternations between its long and somber main theme and the contrasting, impassioned counter-subject, ably supported at every twist and turn by Senhor Pinto-Ribeiro.

In a brief spoken introduction Mr. Cerovsek wryly remarked that they were now going to proceed “from dark to darker”: after the richly shaded, humane melancholy of the Tchaikovsky, the world of the main work, Shostakovich’s Sonata for Violin and Piano Op. 134, composed in 1968, presented by contrast a grey austerity, uninflected by hope.

The angular, near-atonal piano opening of the Andante first movement has the metronome mark quarter note=100, and it must be a temptation to performers to take this slower, so as to intensify the mood of brooding inquietude. To do so, however, would be to diminish the enigmatic implacability that Shostakovich's chosen marking builds in, and it was to the performers’ credit that they took the score at face-value and, to my ears, got the pace and mood exactly right.

This was also true of the skeletal jog-trot into which the first movement eventually breaks, as well as the savage conflict between keyboard thunder and lightning slashes on the violin that kicks off and punctuates the second movement Allegretto, and most of all, the array of short variations that comprise the Largo finale. These require every kind of virtuosic resource from the performers to deliver what is both a masterly compositional arc and, as it would seem, the depiction of an increasingly desperate and, in the end, tragic inability to claw a way out of existential nightmare.

Filipe Pinto-Ribeiro and Corey Cerovsek were masters of every aspect of this forbidding late masterpiece, not surprisingly as it is one of the seven works that comprise the two-disc set of the “complete chamber music for piano and strings” which the DSCH-Shostakovich Ensemble have recorded in a major contribution to the Shostakovich discography: an essential purchase.

Finally they did encore some light to follow that “dark and darker”: the Iberian glow and glitter of Pablo de Sarasate’s Introduction and Tarantella Op. 43, where a sentimental melody in the same salon ambience as the Tchaikovsky Mélodie suddenly scampers away into a whirlwind of bouncing piano rhythms and violin arpeggios—a joyful showpiece to round off a memorable (pair of) recital(s).

If you found this review to be useful, interesting, or informative, please feel free to Buy Me A Coffee!