Beth Morrison “Doesn’t Take No for an Answer”

ERICA MINER
“Failure is not an option”
One of the world’s foremost, most adventurous female producers of contemporary opera, and a tireless champion of diverse voices, opera-theatre producer Beth Morrison unequivocally embraces her seemingly limitless drive. As President and Creative Producer of Beth Morrison Projects, initiated in 2006, Morrison recently was named one of Musical America's four Artists of the Year/Agents of Change. Through her pioneering annual winter PROTOTYPE Festival, in collaboration with the HERE Arts Center, she has worked with prominent contemporary opera composers and other forward-looking operatic creators to conceive and produce multiple Pulitzer Prize-winning operas.
Having just completed its 9th run last month, the Festival was re-envisioned in response to COVID as a series of multi-disciplinary, cross-platform events, which included an innovative self-guided digital exploration of identity, fear and isolation by 13 composers, a multi-screen film and music installation in SoHo. The sonic experience brings to life Times Square, with three U.S. digital premieres of evening-length operatic works from Indonesia, Iceland, and Australia. Thus, the Festival remains both contemporary and adventurous. Morrison is a founding co-director along with Kristin Marting and co-director Jecca Barry.
Morrison’s original concept and mission began with the idea of being an “industry disruptor”.
“‘Industry disruptor’ wasn’t a term back then, but it’s in vogue now,” Morrison says. “I wanted to shake up the opera industry, to create a new type of opera product that spoke to a younger generation. Something more relevant to a contemporary audience that utilized all kinds of media to tell 21st century stories—stories of our time. It’s all about new music, with mostly younger, still living, composers.”
Seeking out and finding artists who worked at the cutting edge of each art form was Morrison’s operative mode. “It was about giving space for them to experiment, to create their work without worry over boundaries or failures,” explains Morrison. “So, they could have the opportunity to use their most creative selves, giving them the period of time necessary to create their best work.”
Composers under BMP’s aegis include emerging composers like Emma O’Halloran, as well as successful mid-career artists. “I have worked with Sarah Kirkland Snyder, Paola Prestini and Missy Mazzoli from when they were emerging, and produced their first operas.” Morrison adds, “Paola and I have produced many of her works together. She also runs National Sawdust.” Others nurtured by BMP include Pulitzer winners Du Yun and Ellen Reid, as well as Met Opera commissioned composers Nico Muhly. Morrison also works with veterans like Ricky Ian Gordon, David Lang, and Michael Gordon.
“Ricky is a different kind of composer. Not one of the younger ones, but at the height of his career and at the pinnacle of his field,” says Morrison. “He came to me with his project Ellen West. He wanted the freedom to create the work in the way he wanted to. I loved his work.”
With poetry by Frank Bidart and music directed by increasingly prominent conductor Lidiya Yankovskaya, Ellen West is described as an “operatic poem” that delves into the psychological and physical struggles of a fictitious woman being treated by Swiss psychiatrist Ludwig Binswanger, who was a pioneer in the field of existential psychology.
“This was a beautiful piece, one to be proud of,” Morrison says of the work, which was commissioned and co-produced by BMP and Opera Saratoga, with a rolling premiere there and at the Prototype Festival in 2020. 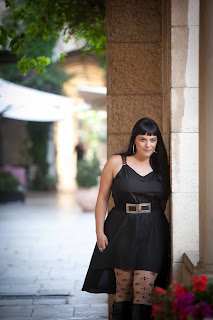 Her collaboration with HERE is of utmost importance to Morrison, who always makes sure to emphasize and acknowledge that HERE co-founded PROTOTYPE with BMP and has an equal voice in the overall creative vision. The relationship between the two companies amounts to a super-close partnership, though they are two entirely separate entities.
“The two companies work completely together, co-produce the festival in every way. We work to fundraise, staff, and curate together. It’s a 50-50 share,” Morrison states. “PROTOTYPE is a presenting vehicle to showcase work, which is commissioned, produced and developed through BMP or HERE. We make the investment in the early careers of the emerging artists we work with, both short and long term,” she states. “We nurture the younger generation of composers through their first operas, hands on, show them what it is to collaborate with a creative team in a large theatrical form, take them through the steps of the creative process, helping them to understand it. We want them to know what the art form of opera is, in a deep way. So, we nurture them first, then turn them out into the field, when they’re scooped up by larger companies like Opera Philadelphia, or even the Met.”
The concept seems similar to those behind the American Opera Project or the Adler Fellows at San Francisco Opera, but with major differences. 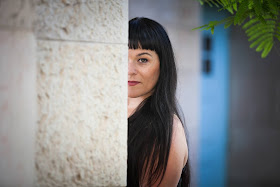 “They’ve already gotten to a high level in their craft. We don’t work with them on the writing,” Morrison says. “We emphasize the actual production process, in part by holding multiple workshops to refine the writing.”
Morrison adds that PROTOTYPE has its challenges, not having its own board of directors or fiduciary structure. But both BMP and HERE complement each other in their individual and mutual strengths.
As to the festival itself, one would be hard pressed to find a similar initiative that features the multiple components that push the operatic envelope to such an adventurous degree.
Falling between the categories of “Contemporary Classical” and “Experimental”, created by a long list of “new generation” composers, the digital world premiere presentation MODULATION explores sub-topics of Isolation, Fear, and Identity, united by the theme of Breath. Morrison categorizes these as themes artists have been wrestling with during the course of the current pandemic and the Black Lives Matter movement. (Tickets are still available by visiting www.prototypefestival.org.)
TIMES3 (TIMES X TIMES X TIMES), a “World Premiere Sonic Experience”, is a sonic journey that can be experienced either in Times Square or digitally at home. Conceived by composer Pamela Z and theatre artist Geoff Sobelle, it is “a soundscape created…to experience the city”. It is still available to download on the website www.prototypefestival.org through the end of February, according to Morrison.
OCEAN BODY, composed and performed by Helga Davis & Shara Nova, directed and filmed by Mark DeChiazza, is filmed in and around Florida, with original footage of the Gulf Coast. The work shows the friendship between a black and a white woman and merges song, conversations, and new vocal compositions in a multi-sensory experience.
THE MURDER OF HALIT YOZGAT, composed by Ben Frost and Petter Ekmann, with libretto by Daniela Danza, is a film commissioned by Staatsoper Hannover in cooperation with Holland Festival. Produced by Frost and Trevor Tweeten, it is based on the true story of an immigrant assassinated in an internet café in Germany. The work sets to music themes of racism in the country’s immigrant communities.
Other presentations included THE PLANET—A LAMENT, an expression of grief for the earth in the seemingly unsurmountable grip of climate change, composed and performed by Septina Rosalina Layan and directed by Garin Nugroho.
Morrison describes WIDE SLUMBER FOR LEPIDOPTERISTS as “a strange meditation of the life of a butterfly, the human sleep cycle and insomnia…the two things come together in a gorgeous visual world. Minimalist meets Indie rock with projection imagery and a sonic score.”
As with most performing arts endeavors in these uniquely challenging times, this year’s PROTOTYPE Festival was different from its usual format. “It’s usually all over Manhattan and Brooklyn,” Morrison says. “This year it was digital because of Covid. But we’re proud of what we were able to do. We employed 150 artists, including commissions for16 composers, 14 of whom are BIPOC.”
And, because of the pandemic, it certainly was not easy to retool what they had started with. “We had to scrap the original and start over in July. We formed teams. Every ‘pod’ was different from the others. The festival directors helped them think through the logistics. And there were heavy, heavy protocols for Covid.”
Morrison is not alone in her desire for BMP and PROTOTYPE to once again produce as they did before the virus turned everyone’s lives upside down.
“I can’t wait till it’s over,” she says. 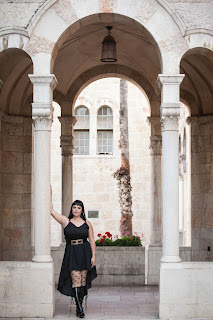